The resonance of various elements placed beside each other, often fortuitous circumstance enacted; an entanglement, perhaps, of emergent narrative possibilities: the idea of the assemblage has interested me for quite some time. With The Alterran Poetry Assemblage each issue seemed to become a sort of semi-coherent whole, at least to my mind, and could be considered as a single (long) poem (or maybe the reading of it as such alters the way in which individual components are interpreted).

While editing this issue of G U E S T a similar process appeared to take place (again, likely, mostly in my own mind). From Ludwig Wittgenstein’s Remarks on Colour to Denise Ferreira da Silva’s On Difference Without Separability, iterations of time and memory and the nonlocal universe, cosmos and Utopia, green girls and women business travellers, the pronunciation and copyright of names (a collective of names: Culley, Maxine Gadd, Stacy, Peter, Etel, Fenn, Fred, David, CJ . . . not to mention Herodotus, Cary, Levinas, Pedro Costa, Dürer, Jake Peralta, Zeno, Sappho, Billie Holiday, Gloucester, Lear and Oppen): a co-dreaming to “unthinking the world.”*

I hesitate to say anything more. There seems to be some sort of “spooky action at a distance” going on that I do not wish to disturb. Perhaps that is how it always is with such a luminous gathering of minds as this.

“the continuous passage of the firmament has always mimicked that which passed beneath it” . . . “The interpenetration of the dreams of co-sleepers” . . . “Doomscrolling the events of the present”
. . . ““now we see the violence inherent in the system”” . . . “describe the action from time adverbial” . . . “the small bodies of language / beating together, then apart” . . . “a word that means itself and its own opposite” . . . “here where desire’s eclipsed / by memory of desire” . . . “in transit from one song to another”** 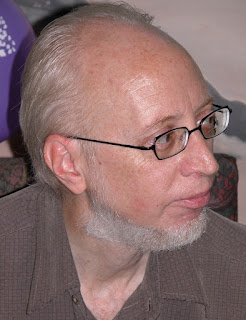 David Dowker was born in Kingston, Ontario but has lived most of his life in Toronto. He was editor of The Alterran Poetry Assemblage from 1996 to 2004 (which can be accessed at Library and Archives Canada). His writing has appeared in The Capilano Review, filling Station, and Touch the Donkey. Machine Language was published by BookThug in 2010 and Virtualis: Topologies of the Unreal (with Christine Stewart) in 2013. Chax Press published Mantis in 2018. He is also the author of the chapbooks Time-Sensitive Material (The Blasted Tree) and Chronotope (above/ground press). Dissonance Engine is forthcoming from Book*hug (Fall 2022).