In May of 2002, The London Free Press ran an article featuring London-based publisher Brick Books and two of their recently published local poets. General Manager Kitty Lewis was quoted: “New writers are encouraged to build a portfolio of poems in literary magazines such as The Fiddlehead … before trying Brick.” My first response was: London is home to a poetry publisher? Followed by: what, exactly, is a literary magazine? I’d never seen one. I considered myself bookish. My well-thumbed copy of Fifteen Canadian Poets Plus 5, which I pinched at the end of Gr. 13, had made the cut each time I’d moved. But my post-high-school years had seen me become more and more firmly entrenched in the world of science, and now I was being confronted by the possibility that maybe I didn’t quite have the handle on Canadian literature that I thought I did. I subscribed to The Fiddlehead the next day.

The first issue to arrive was No. 211, Spring 2002. I was both spellbound and agitated by what I found inside. It was like opening the door to a parallel world that had been moving along without me. This was not the poetry of Margaret Atwood, Leonard Cohen, and P.K. Page. Something different was going on here. Why had no one told me?

I marvelled at the poems published in that issue. I tried to parse the language, to figure out why it all felt so profoundly immediate and urgent. I read and reread, occupying those poems like I was setting up camp. Here are three openings that I can still recite by heart:

From Karen Solie’s “Science and the Single Girl”: “Initially, an unbecoming enthusiasm / for dissection. What’s dead / is dead and some unborn / will stay that way. All things find purpose / in the end, even the done-for / done in.”

From Souvankham Thammavongsa’s “Portrait of a Palm Closing”: “Because glass / has not yet learned how to bend / and because even now / glass will not bend / light / must come through split.”

From Tanis MacDonald’s “The Siren’s Promise”: “No matter where you sail, / I will find you by echolocation, / sound waves against still bodies. / I will swim the ocean of your bed, / my eyes rimmed red with salt. / I’m that kind of girl.”

The Spring 2002 Fiddlehead issue marked a beginning for me. I’d found something I didn’t know I was looking for: an arterial language, a mother tongue. It set me on a course that I’m still on, almost two decades later, where contemporary poetry continues to feed both my work and off-work hours.

So when rob mclennan invited me to edit an issue of GUEST journal, I decided to make it a retrospective honouring of Fiddlehead Issue No. 211. I wanted to thank some of those poets whose words had so startled me at that time, and I wanted to acknowledge The Fiddlehead—a journal currently celebrating its 75th year—for being a central part of my poetry education over the years.

Some of the works submitted seem to speak directly to their eighteen-year-ago counterparts. Both Mark Callanan’s “Road Trip” and Aurian Haller’s “Notes on Absence” read like intimate updates of their 2002 poems. Dorothy Field’s language has migrated from desert speak to forest speak but with the same sensitivity. There’s Lisa Guenther’s ongoing investigation of beautiful spaces, and Kathy Mac’s continued focus on the body, be it a broken nose or a tongue that can’t be fixed.

For good measure, there are a few extras in this issue: a prose poem by Patricia Young (fiction contributor to the 2002 issue); new work by Ross Leckie and Sharon McCartney (Fiddlehead Editor and Poetry Editor, respectively, in 2002); and to tie things to present day, a poem from current Fiddlehead Editor Sue Sinclair.

I so appreciated the contributors’ positive responses to my invitations. More than a couple answered right away to let me know they could relate to my experience. Tanis MacDonald wrote, “I vividly remember reading certain issues of Prairie Fire repeatedly back when I just started publishing. That physical journal seemed so important and so unlike anything I could have imagined.” I send a heartfelt thanks to each of these fourteen poets for being part of this time-machine project—for revisiting, with me, a moment when I encountered something “unlike anything I could have imagined.” And I extend thanks, as well, to publisher rob mclennan, not only for the opportunity to edit an issue of GUEST journal, but for the innumerable ways he invents to support the Canadian poetry community. 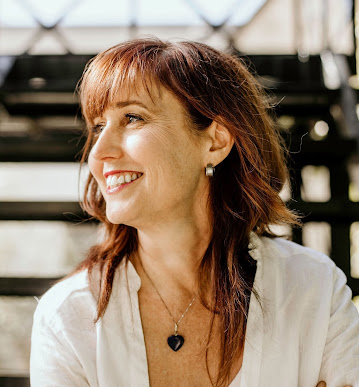 Karen Schindler is the publisher of Baseline Press, a micro-press now in its tenth year of publishing Canadian poets in hand-sewn poetry chapbooks. Baseline Press will shortly be embarking on a new partnership with the recently restructured Insomniac Press, to become its poetry chapbook imprint. In the spring of 2017, Karen stepped down as a managing director of the Poetry London Reading Series after serving over ten years. Her independent research projects include writings on Canada’s female poets of the early 1900’s, and her poetry and book reviews have appeared in numerous journals including The Malahat Review, Vallum, Canthius, and The Fiddlehead. Prior to her literary endeavours, she worked as a chemical engineer, a systems analyst, and a high-school mathematics teacher.
at October 22, 2020