In 1960 in southern Georgia, a dog chased a smaller animal up a hole in a chestnut oak, became wedged, and died.  Due to dryness and the high tannin count of the tree, the dog’s corpse did not decompose, and was instead mummified, discovered only when loggers lopped off the uppermost 25 feet of the tree, decades later. Also, every single year, nitrogen makes its way from the Pacific ocean into Alaskan trees that are miles and miles inland via the help of birds, bears, and other fish-eating creatures. Even as you’re reading this, a shrew is biting some prey animal and injecting it with venom that will paralyze but not kill it. The shrew will then hoard this prey in an underground stash and return to it when necessary. This practice is known as “live hoarding.”  At the same time, biologists are increasingly tuning in to the Wood Wide Web and its fungal communication system, the underground connections between all the above ground plants. According to mycoligist Merlin Sheldrake, many scientists who study the symbiotic nature of life come to the conclusion that “there have never been individuals,” and “we are all lichens.” Take the work in this issue as proof of that coming from a range of angles.

TL:DR:  Listen carefully for your original voices in the mix and remix of these pieces. 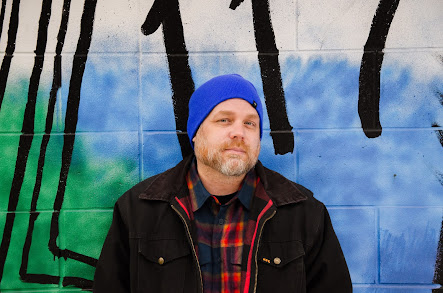 Michael Sikkema is the author of many chapbooks, and 6 books of poems, including Caw Caw Phony, forthcoming from Trembling Pillow Press in 2021. He is also the editor of Shirt Pocket Press, and helps run the Creative Youth Center in Grand Rapids, MI.
at November 26, 2020