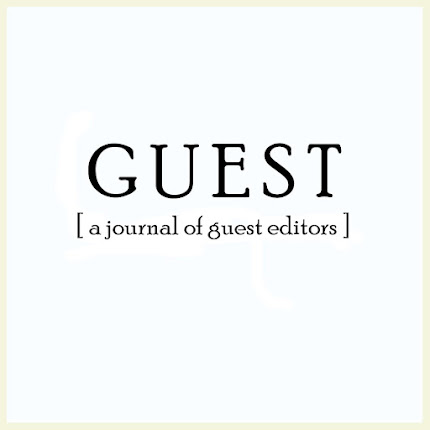 Leslie Joy Ahenda is a poet and editor whose work has appeared in CV2, The Fiddlehead, The Malahat Review, and more. She is an MFA candidate at the University of Guelph. She is a poetry editor for Augur Magazine, where she has hosted poetry readings and workshops. She authored THRENODY FOR A DROWNED GIRL (2021), a chapbook published by Moon Jelly House. She lives in Toronto. Find her at ljahenda.com.

Jake Byrne is a queer writer. His poem “Parallel Volumes” won CV2’s Foster Poetry Prize for 2019. His work has appeared in journals throughout the United States and Canada.  He is a settler based in Tka:ronto, on the traditional meeting places of the nations of the Huron-Wendat, the Seneca, the Haudenosaunee, and the Missisaugas of the Credit River.

Cobra Collins is a Mohkínstsis based mixed Indigenous and Metis poet of significant height. She has represented her city on a national level at the Canadian Festival of Spoken Word as well as collaborated with artists of different backgrounds for dance (Fluid Movements Arts Festival) and performance festivals (IKG 1 ! Live Performance Festival). Cobra was also honoured to be shortlisted as a nominee for Calgary's 2016 & 2018 poet laureate.

nathan dueck lost a staring contest with the US of A after eighteen years. See, he was raised in a town 10 minutes from the border, but he blinked first and had to move away. He is the author of king's(mère) (Turnstone, 2004), he'll (Pedlar, 2014), and A Very Special Episode (Buckrider, 2019).

Kyle Flemmer is an author, editor, and publisher from Calgary in Treaty 7 territory. He studies digital poetics at the University of Calgary where he is a teaching and research assistant. Kyle founded the Blasted Tree Publishing Co. in 2014 and is a former managing editor of filling Station magazine. His first book, Barcode Poetry, was published by The Blasted Tree in 2021.

Helen Hajnoczky is the author of Frost & Pollen (Invisible, 2021), Magyarázni (Coach House, 2016), which was shortlisted for the Stephan G. Stephansson Award for Poetry, Poets and Killers: A Life in Advertising (Snare/Invisible, 2010), which was shortlisted for Expozine’s English Book of the Year award, and the chapbook Bloom & Martyr (Kalamalka Press, 2016), which won the 2015 John Lent Poetry/Prose Award. Helen’s written and visual poetry have also appeared in a variety of chapbooks and magazines. Helen shares her writing and art on Instagram @ateacozyisasometimes and on her website ateacozyisasometimes.com

Samantha Jones (she/her) is a literary magazine enthusiast and contributor with writing in Arc Poetry, CV2, Grain, New Forum, Room, THIS, WATCH YOUR HEAD, and elsewhere. She lives and writes in Calgary, Canada on Treaty 7 territory and is Black Canadian and white settler. Find her on Twitter: @jones_yyc.

Jun-long Lee is the author of the chapbook Two/Ought and several short films; he also paints. His recent work has appeared in Conjunctions, Jubilat, The Malahat Review, Grain, and Contemporary Verse 2.

Shazia Hafiz Ramji’s writing has recently appeared in Galleries West, Canadian Notes & Queries, and Quill & Quire. Her fiction was shortlisted for the Malahat Review’s 2022 Open Season Awards. She was a finalist the 2021 National Magazine Awards and the 2021 Mitchell Prize for Faith and Poetry. Port of Being is her first book.

Witch, bitch, and full-time disaster Helen Robertson is a trans, bisexual, genderqueer woman moving through the lifelong process of accepting how lucky they've been; using poetry to excise her ire and sorrow — hopefully turning it into something worthwhile. She has been published in journals across Canada including The Fiddlehead, The New Quarterly, The Puritan, and others. They were long listed for the 2019 Vallum Award for Poetry. They are I of the collective VII.

Ben Robinson is a poet, musician and librarian. His most recent publication is Without Form from The Blasted Tree and knife | fork | book. He has only ever lived in Hamilton, Ontario on the traditional territories of the Erie, Neutral, Huron-Wendat, Haudenosaunee and Mississaugas. You can find him online at benrobinson.work.

Eric Schmaltz is a poet, academic, and editor. He is the author of Surfaces (Invisible Publishing) and several shorter works, including Language in Hues (Timglaset) and Psychic Beach (Paperview Books). He is co-editor of I Want to Tell You Love by bill bissett and Milton Acorn.

Cristalle Smith is published in Arc Poetry Magazine, Room Magazine, QWERTY Magazine, The Maynard, and elsewhere. Cristalle won subTerrain Magazine’s Lush Triumphant Literary Awards for Creative Nonfiction in 2020. She has a chapbook with Frog Hollow Press, Sea Glass for the Chronically Alone, and is a PhD student at the University of Calgary in Creative Writing.

Kevin Stebner is an artist, poet and musician from Calgary, Alberta. He produces visual art using old videogame gear, and produces music with his chiptune project GreyScreen, post-hardcore in his band Fulfilment, as well as alt-country in the band Cold Water. Stebner has spent the quarantine preparing two new manuscripts, his first novel, and a large array of typewriter visual poems, many of which are appearing in chapbooks (recently from Timglaset, Blasted Tree, NonPlusUltra, No Press). He is also the proprietor of Calgary's best bookstore that's in a shed, Shed Books.