This issue of g u e s t is grounded in my past work as an editor of activist poetry, environmental humanities scholarship, and post-Christian mischief, as well as my present work on a book about oil-worker poetry in Canada. It convenes a somewhat unusual gathering of poets who write about oil, energy, and climate change from different angles and perspectives.

My recent scholarship, teaching, and poetry focus on the relationship between culture and energy. Whereas petrofiction has been a gathering point for conversations in the energy humanities for some time, I am excited to take part in emerging conversations about petropoetics in the field. I use petropoetics in a broad sense, to describe material, cultural, and relational processes that range from the extraction of fossil fuels to artistic production and the making and unmaking of petro-cultures and worlds.

I consider oil-worker poets to be practitioners and theorists of petropoetics. Something I like to keep in mind while researching and writing about oil-worker poets, however, is that in the contexts of global warming, fossil-fuel dependency, the Anthropocene, and modern life as what Stephanie LeMenager has called “living oil,” we are all oil workers and petropoets. From our different social locations and experiences in a colonial petrostate like Canada, petropoetics looks like oil work, anti-oil work, and a whole lot of other things including everyday life, land and water protection, and decolonization.

What this issue attempts to do is to open the concept of petropoetics outward from more direct oil work and toward indirect, mundane, oppositional, and overlooked forms of petropoetics. I say that it attempts to do this work because I came up against limits of space, time, imagination, and budget and did not get to carry it as far as I would have liked. This is an incomplete glimpse into the practices, power dynamics, and politics of petropoetics—one that I hope to revisit, complicate, and expand over the coming years.

The poets featured in this issue are oil workers, relatives of oil workers, residents of the oil patch or the petrostate, activists, environmentalists, cultural workers, researchers, concerned citizens, and artists. They write lyric, documentary, concrete, ghazal, language, and tweet-poems that participate in and respond to petropoetics with mourning, irony, playfulness, criticism, fascination, dismay, refusal, and love. The resonances and dissonances between them are where the interest in this project lies for me. I hope you enjoy reading these poems as much as I do.

It has been a real pleasure to work on this g u e s t issue through what were otherwise some of the bleakest (and coldest) months of the pandemic. How nice to alternate between days of online teaching and days of reaching out to poet-friends, familiar poets, and poets I had just heard about. How sweet to be back to editing poetry.

Thanks to rob for keeping the lights on and the printers whirring at g u e s t and above/ground press, despite lockdowns and stay-at-home orders, and while juggling parenting and writing. Thanks to the University of Manitoba Institute for the Humanities for funding and supporting this project as part of my research affiliateship. Thanks, likewise, to the Social Sciences and Humanities Research Council for its support. 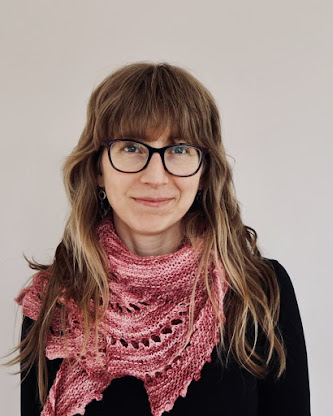 Melanie Dennis Unrau respectfully acknowledges the original caretakers of the land known as Treaty 1/Winnipeg, where she lives as a settler of mixed European ancestry on the traditional territory of the Anishinaabeg, Cree, Oji-Cree, Dakota, and Dene peoples and the homeland of the Métis Nation, with water from Shoal Lake in Treaty 3 territory and with electricity from Treaty 1,3, and 5 territory, where the Northern Flood Agreement has never been implemented. Melanie is a SSHRC Postdoctoral Fellow in English and Comparative Literature at Columbia University and a Research Affiliate at the University of Manitoba Institute for the Humanities. She is the author of Happiness Threads: The Unborn Poems (Muses’ Company, 2013), a co-editor of Seriality and Texts for Young People: The Compulsion to Repeat (Palgrave, 2014), a former editor and poetry editor at Geez magazine, and a former co-editor of The Goose: A Journal of Arts, Environment, and Culture in Canada.